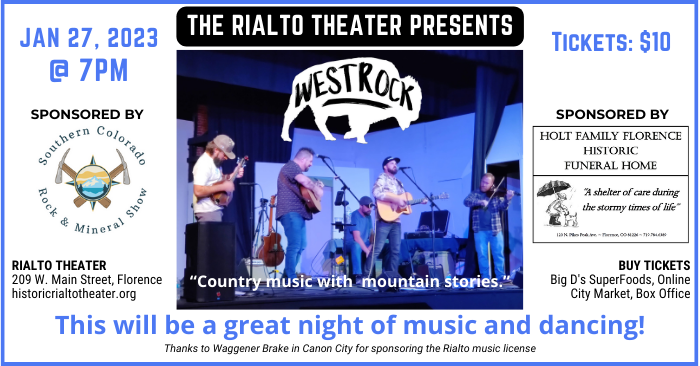 Westrock will be performing at the Rialto on January 27, 2023 at 7pm.
“Country Music with Mountain Stories.”

Tickets are $10 and may be purchased at Big D’s in Florence, City Market in Canon City, online (below), and at the box office on the day of the event. Online tickets will include a $1 transaction fee per ticket. 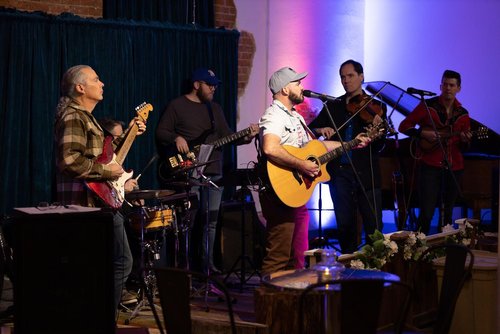 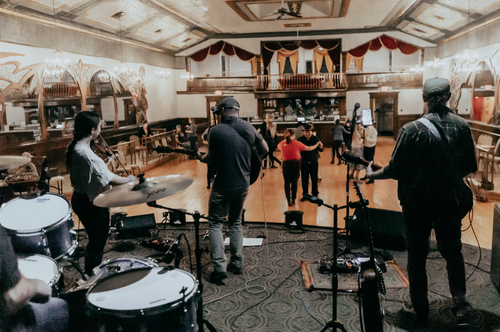