A Brief History of the Rialto Theater, Florence, CO.

The Historical Rialto Theater was built in 1923 by Richard and Sultanna (Annie) El Hage, owners of a dry goods store on West Main Street in Florence, Colorado.  The roughly 10,000 square foot Rialto Theater originally served as an opera house with almost 900 seats, a wraparound balcony and box seats down both sides, and an orchestra pit.  The building is constructed of locally made yellow bricks and features unusual multi-colored brickwork patterns, enhanced by designs in natural colored slate.  The building has 16-inch-thick brick walls and a 50-ft fly tower that was built at the back of the theater to accommodate the lowering and drawing of backdrops and curtains.  This is one of less than 20 remaining fly towers of that height in the United States. 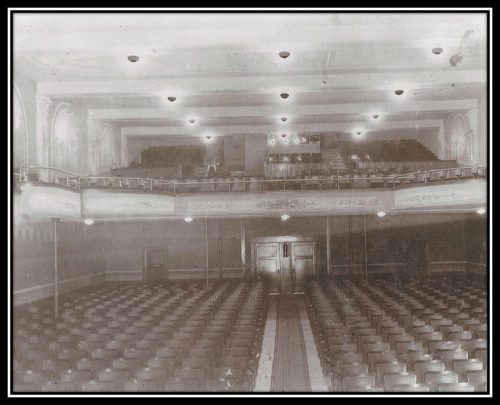 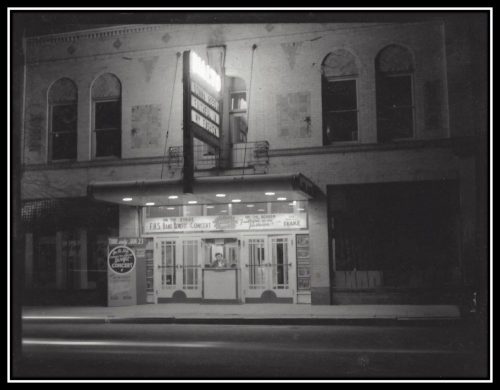 In 1927, B.P. McCormick purchase the theater because it had an orchestra pit for silent movies, and later the Rialto served as a “talkie” cinema until it was shuttered in 1969.  Sometime after, the Rialto Theater Club was formed and used the theater for a time.  Then, in May, 1982, ownership was transferred to the Fremont Re-2 School District.  Ten years later, in August of 1992, ownership of the then condemned theater transferred from the Florence School District to a group of area residents who formed Florence Architectural and Cultural Traditions (F.A.C.T.) with the intention of restoring the theater.  The group included Joyce Emory, pastor of the Presbyterian Church in Florence, who started the group that included Leopold (Pol) Saint-Paul, Sandy Alyward, John and Pamm Maxwell, Sam and Bobbi Carlsson, John and Carol Fox, and Peg and Tom Piltingsrud.  They formed a 501(c)3 organization and began raising funds to assist with their efforts.  The roof had collapsed and major beams were sagging.  There had also been water damage to the walls.  Under the direction of Leopold Saint-Paul, an expert in art restoration and the former head of a Canon City museum, they started the process of restoring the theater.  In 2000, Saint-Paul died and the project halted for nearly four years.  F.A.C.T. then hired Suzanne Phipps.  By 2014, more than $1.3 million in locally raised funds and 40,000 hours of volunteer work had been invested in the restoration efforts, which included a new sewer line, fire suppression system, electrical upgrade, plumbing, heating and air conditioning.  Other major work completed includes bolstering of the building’s foundation as the theater sat on an uneven, hand-mixed concrete foundation supported by river rock, and retrofitting steel-helical piers underneath the stage which required the removal of over 127 tons of dirt.

In December 2014, upon the death of Suzanne Phipps, the project once again halted, but only temporarily.  Board member, Dick Baker, began to reorganize and form a new nine-member Board of Directors.  Under the new Board, the outstanding fire safety issues on the ground floor have been addressed, including handicapped accessible restrooms and exit ramp, a concession area was added, a new box office was completed, new carpeting and flooring on the ground floor. The Rialto Theater reopened in 2016.

The current F.A.C.T. Board is committed to seeing the theater fully restored. When totally finished, the renovated theater will have approximately 500 seats, a bar and concessions area, private social rooms on the second floor and restrooms on both floors.  The Rialto Theater will serve Southern Colorado and the entire Royal Gorge region, providing live theater performances, concerts, dances, movies, among other attractions.