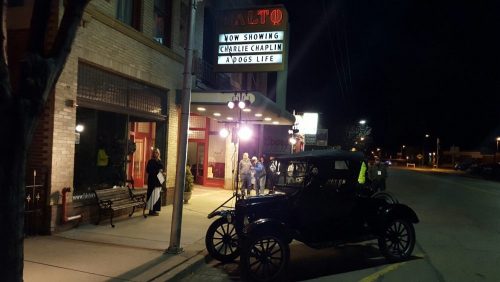 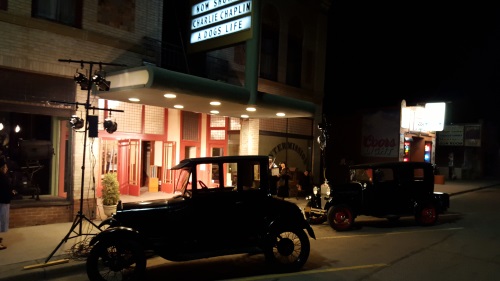 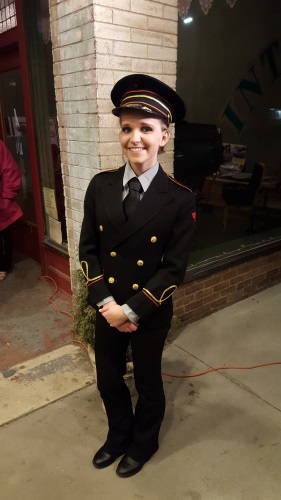 Maitre d’ at the Rialto Theater ~~ Photo by Todd Willams

FLORENCE — The historic Rialto Theater in Florence will once again experience lights, camera and action as a videotaping outside the theater is planned for Feb. 28 beginning at 7 p.m.  Local talent, dressed in period clothing and vintage automobiles will portray the opening of the theater in 1923.  The approximate three-minute film will be used for a major fundraising initiative which is scheduled to kick off in mid-March to match the Larry and Beryl Baker up-to-$50,000 donation. 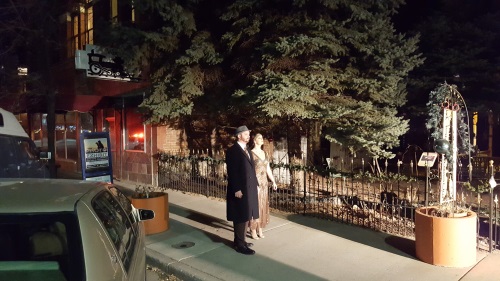 Main Street between Maple and Santa Fe will be closed during the taping.  An alternate date in case of technical delays or adverse weather is planned for March 6.  The Sunday dates and times were chosen for minimum impact on retail business and alternate traffic routes.

Casting is being provided by the Fremont Civic Theatre under the direction of Rialto Board Member Keith Larsen and Red Brick Players (Drew Frady).  Lee Albright Films, Florence will be filming and producing the video www.albrightfilms.com/About_Us.html

The public is invited to watch and observe the filming and community members are encouraged to dress in period clothing.  Extras are not needed at this time.

(story courtesy of the Daily Record)