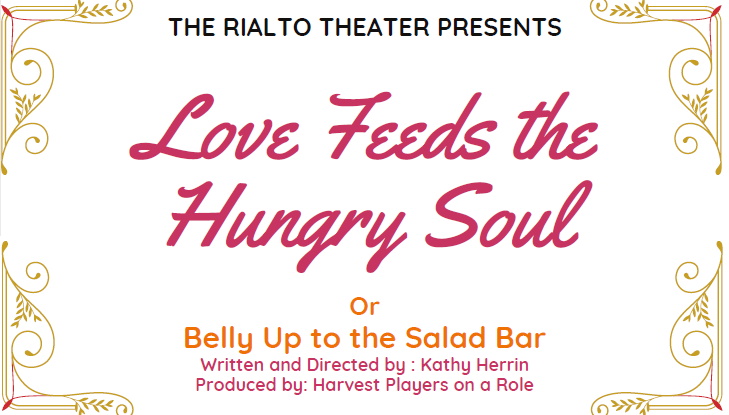 This was a delightful melodrama that featured a dashing Hero, a sigh-worth Heroine, and an evil Villain with a sinister laugh. It was sprinkled with loads of pun-ny humor. The audiences really enjoyed this light-hearted performance.

The show begins in the Pop’s Diner, run by namesake Pop Korn and his lovely daughter, Kandy Korn.
In an effort to grow the small town of Hot Water, the community is hosting a barbeque competition. We are introduced to the Mayor, Richard “Dick” Tater; his sister Emma Tater and her college friend, Belle Pepper. Unfortunately, the villain, Russell Sprouts arrives to take over the bank. He will – of course – desire matrimony with Miss Kandy. Our hero, Brock Lee, a barbeque champion in his own right, arrives for the competition. He soon engages in a competition against Sprouts to not only save the diner, but also to express his admiration for Miss Kandy.

Cast (in order of appearance): 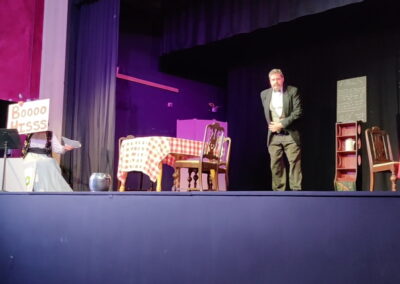 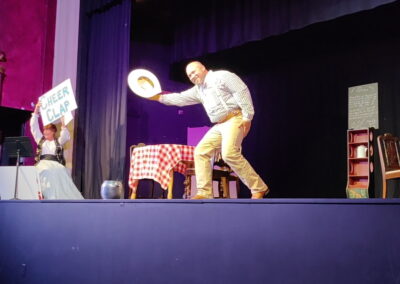 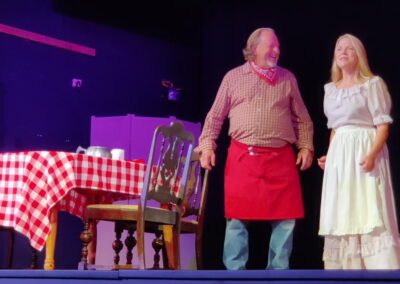 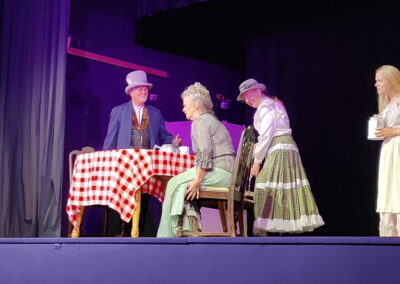 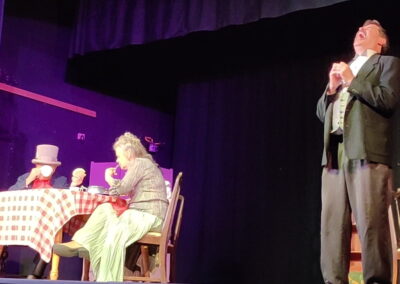 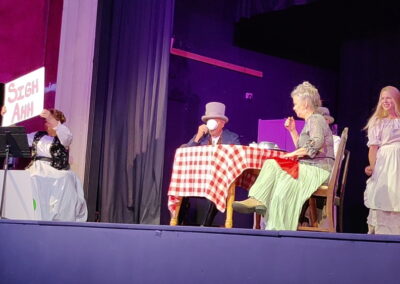 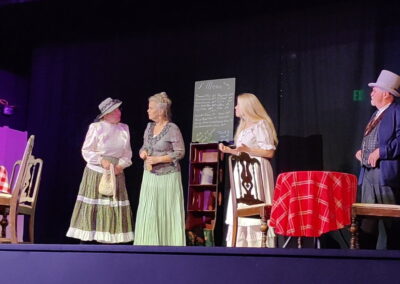 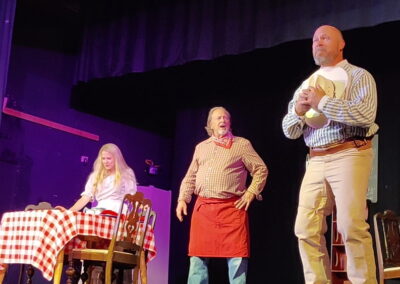 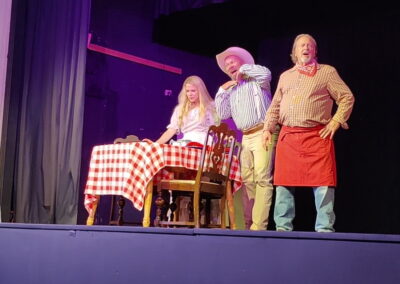 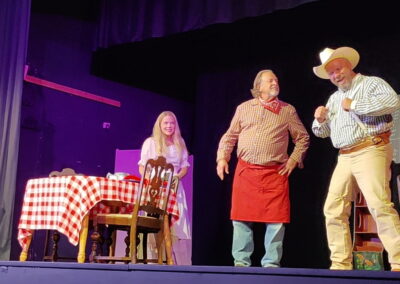 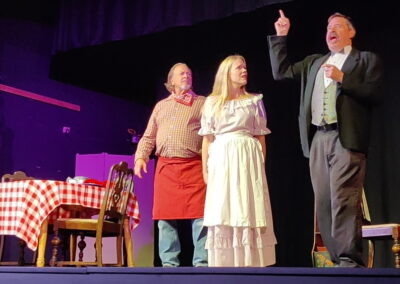 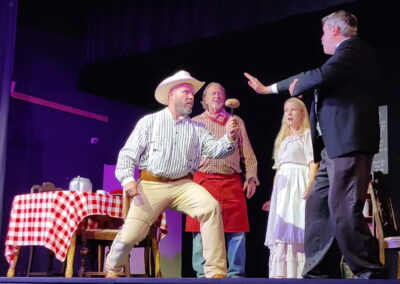 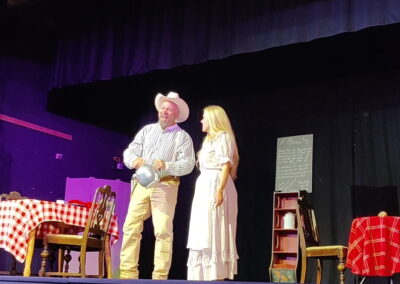 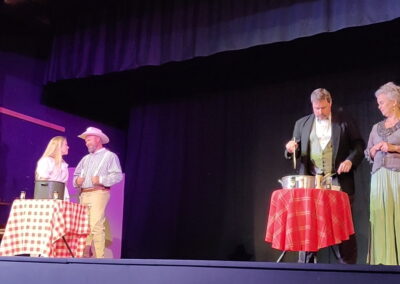 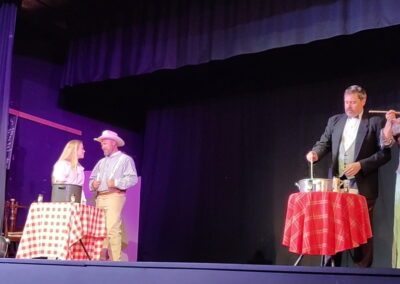 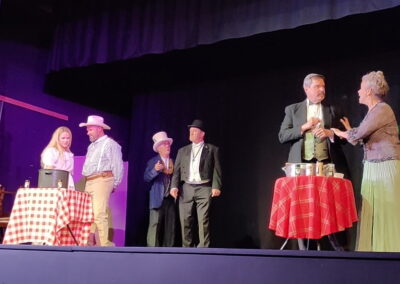 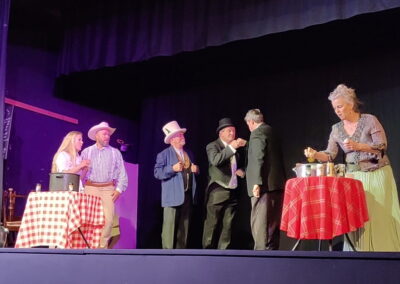 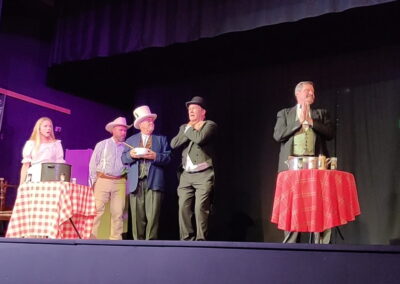 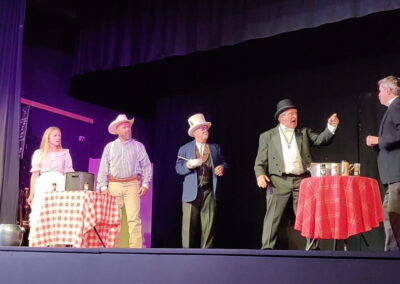 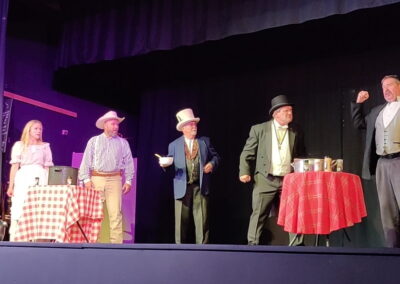 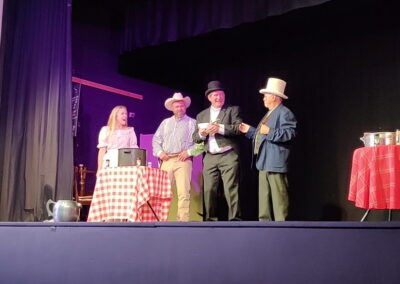 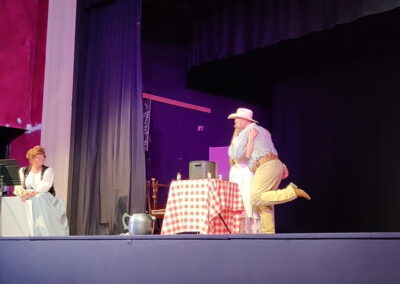 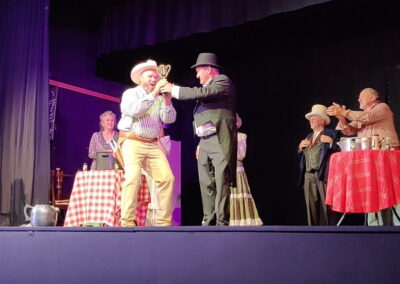