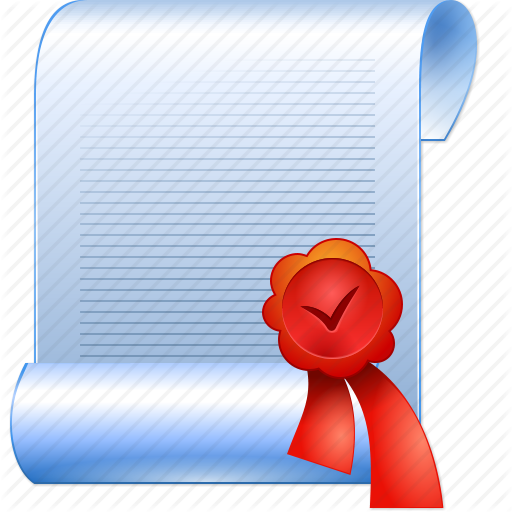 Florence’s Rialto Theater Gets Certificate of Occupancy
By Sarah Matott 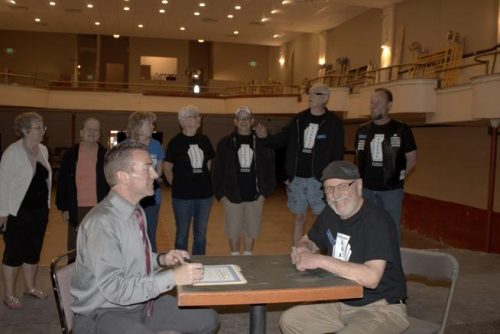 Florence City Manager, Mike Patterson, signs a certificate of occupancy for the Rialto Theater on Friday with Ron Hinkle and other members of the Theater’s renovation board present. The Theater has been undergoing renovations for a number of years, but will now be able to host performances and other events with the certificate. (Sarah Matott/Daily Record)

FLORENCE — The Rialto Theater is still in need of many renovations, but as restoration continues, the theater board will be able to raise money easier now that the Rialto Theater officially has a certificate of occupancy.

“It’s a great thing for our city…we will see many positive things from this,” he said.

Todd Williams, board vice president, said this will be the first time the Rialto has a certificate of occupancy.

With the certificate, the theater will now be able to host performances without having to gain a temporary certificate.

Over the past year, the board has renovated the theater’s bathrooms, installed a ceiling, constructed ramps to become ADA compliant, and brought the building up to code in a number of other areas.

Construction expenses for these projects have cost more than $84,000.

Next, the board is hoping to purchase seats and get a sound and lighting system for the theater; seats would cost about $50 to $60 a piece and good lighting and sound can cost about $150,000.

“Structurally (renovations) are pretty much done,” board president Ron Hinkle said about the Rialto Theater.

Overall, the board estimates to finish restoration they will need to raise about $380,000.

Now, with the certificate of occupancy the board says raising their goal will be easier, because of the ability to host events again.

In January, the theater hosted the Fremont Civic Theatre’s ‘A Bad Year for Tomatoes,’ where more than 900 people attended over six shows.

According to the board’s monthly newsletter, the play raised more than $9,900.

“That’s the kind of performance in here we need to complete renovation,” Hinkle said.

Williams said they have events planned to be hosted at the Rialto Theater throughout the end of the year, which include a music event, a melodrama and the king and queen crowning ceremony for this year’s Pioneer Day weekend.